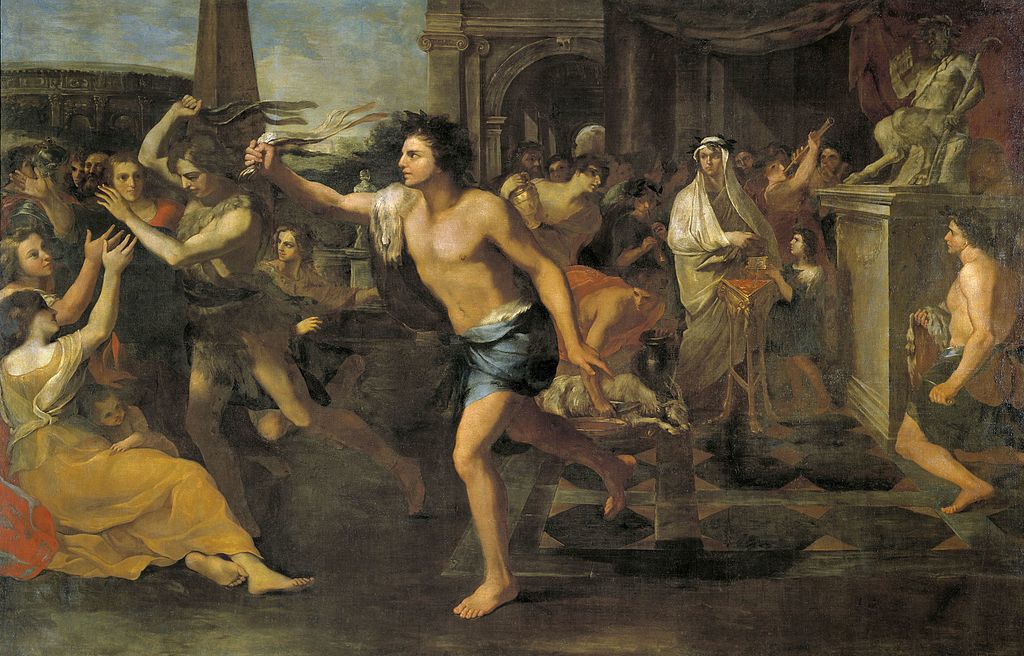 Why Do We Celebrate Valentine’s Day?

Every year, women fantasize about what wonderful romantic gifts are awaiting them on this special day of romance, Valentine’s Day. Quite often it is not the gorgeous jewelry they were lusting over. Most often it’s a bouquet of flowers and a box of chocolate, at least in the United States. Occasionally, at a cozy, trendy restaurant, there will be a profession of love and an engagement ring of at least one carat presented to the soon-to-be fiancee by her romantic boyfriend, on bended knee. Everyone in the restaurant will applaud and congratulate the happy couple. Then they ride off into the sunset, preferably in their Ferrari or Lamborghini or …

At least that what happens in the movies, right?

We decided to look deeper into this holiday, Valentine’s Day. When did it begin? Why? How did it become associated with romance and love?

Here are a few items from the web on why we celebrate Valentine’s Day. You might be surprised to learn not only about it’s pagan origins, but also the shall we say, shady story, of how Romans celebrated the feast of Lupercalia, the early version of St Valentine’s day! And remember, if you are looking for a truly unique gift for Valentine’s Day, visit our Shop for beautiful original artwork reproduced on our many gift items.

Origins of Valentine’s Day: A Pagan Festival in February

While some believe that Valentine’s Day is celebrated in the middle of February to commemorate the anniversary of Valentine’s death or burial–which probably occurred around A.D. 270–others claim that the Christian church may have decided to place St. Valentine’s feast day in the middle of February in an effort to “Christianize” the pagan celebration of Lupercalia. Celebrated at the ides of February, or February 15, Lupercalia was a fertility festival dedicated to Faunus, the Roman god of agriculture, as well as to the Roman founders Romulus and Remus.

The Early History of Valentine’s Day

Valentine’s Day is named after Saint Valentine, a Catholic priest who lived in Rome in the 3rd Century. There are many stories about St Valentine and over time these stories grew into the legend we know today.

At the time of Valentine’s life, many Romans were converting to Christianity, but the Emperor Claudius II was a pagan and created strict laws about what Christians were allowed to do. Claudius believed that Roman soldiers should be completely devoted to Rome and therefore passed a law preventing them from marrying. St Valentine began to marry these soldiers in secret Christian ceremonies and this was the beginning of his reputation for believing in the importance of love.

Eventually, Valentine was found out and jailed for his crimes against Claudius. While imprisoned, Valentine cared for his fellow prisoners and also his jailor’s blind daughter. Legend has it that Valentine cured the girl’s blindness and that his final act before being executed was to write her a love message signed ‘from your Valentine’. Valentine was executed on 14 February in the year 270.

How did Valentine’s Day develop?

It wasn’t until more than 200 years later that 14 February was proclaimed St Valentine’s Day. By this time Rome had become Christian and the Catholic Church was determined to stamp out any remaining paganism. A pagan fertility ritual was held in February each year and the Pope abolished this festival and proclaimed 14 February Saint Valentine’s Day, thus establishing this feast day on the Catholic Calendar of Saints.

The poet Chaucer in the Middle Ages was the first to link St Valentine with romantic love. This was the beginning of the tradition of courtly love, a ritual of expressing love and admiration, usually in secret. This custom spread throughout Europe and stories grew about a High Court of Love where female judges would rule on issues related to love on 14 February each year. Historians believe that these meetings were in fact gatherings where people read love poetry and played games of flirtation.

The practice of sending love messages developed into people sending special cards expressing their affection. These cards were beautiful creations handmade by the sender and individually designed to show how much they loved the recipient. Cards would usually contain sentimental verse, proclaiming the beauty of the receiver and how much they were loved.

Saint Valentine’s Day cards were decorated with pictures of cupid, hearts and flowers and trimmed with lace and ribbon. These images are still used today to symbolise love and are recognised all over the world.

The Dark Origins Of Valentine’s Day

Valentine’s Day is a time to celebrate romance and love and kissy-face fealty. But the origins of this festival of candy and cupids are actually dark, bloody — and a bit muddled.

The Romans executed two men by that name of Valentine on Feb. 14 of different years in the 3rd century A.D.

Though no one has pinpointed the exact origin of the holiday, one good place to start is ancient Rome, where men hit on women by, well, hitting them.

Those Wild And Crazy Romans

From Feb. 13 to 15, the Romans celebrated the feast of Lupercalia. The men sacrificed a goat and a dog, then whipped women with the hides of the animals they had just slain.

The Roman romantics “were drunk. They were naked,” says Noel Lenski, a historian at the University of Colorado at Boulder. Young women would actually line up for the men to hit them, Lenski says. They believed this would make them fertile.

The brutal fete included a matchmaking lottery, in which young men drew the names of women from a jar. The couple would then be, um, coupled up for the duration of the festival — or longer, if the match was right.

The ancient Romans may also be responsible for the name of our modern day of love. Emperor Claudius II executed two men — both named Valentine — on Feb. 14 of different years in the 3rd century A.D. Their martyrdom was honored by the Catholic Church with the celebration of St. Valentine’s Day.

The dark origins of Valentine’s Day