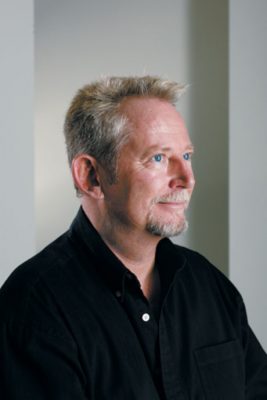 Thierry Chatelain was born in Morocco in 1952, to a French colonial family living in Casablanca. At national independence the family returned to France, then moved to southern California, where the artist early displayed rare and luminous gifts. A remarkable instance of acknowledgment of talent and permission for a particular vision — made all the more remarkable because the present was not given as a literal road map: the higher realms beyond the four senses, and not the bizarre or eccentric — were always the inspiration for his work.

Chatelain has studied at the Ecole des Arts Decoratif in Paris; has shown at, among others, the Knowles Gallery in La Jolla, the San Diego Museum of Art, the Atlantia Gallery in Los Angeles, the Reid Gallery in Carmel. The artist also has work at both Disney and Universal studios.

Only the world of light and peace and truth enters into Chatelain’s painting. These higher forces are juxtaposed oftentimes with global native and vanished cultures and with the animal and floral kingdoms into an inclusionary celebration of the earth and her contents. Yet in spite of its exquisite realism, Chatelain’s painting offers us something more, a channel into the universal subconscious, of myth and pure imagination, and it is this inspiration which gives his subject matter its widespread appeal.

Indeed, the artist is well celebrated for his brilliant command of gouache and his mastery of color. In both he is arguably without peer; the technical precision of Chatelain’s brushwork is in every way matched by his unearthly powers as a colorist.