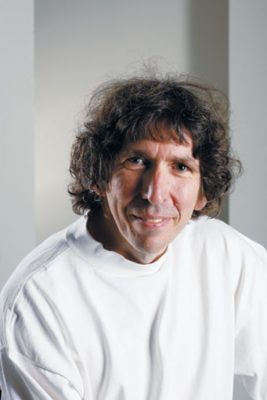 John Abel is self-taught and primarily a commercial artist. He has created and had published more than a thousand illustrations for dozens of newspapers and magazines, including Copley News Service and the San Diego Reader. These images have also appeared in various trade journals and annual reports, books and advertisements. As John says, “The big time has thus far eluded me, as it has for most people.” Nevertheless, he has contributed a great body of art that has stimulated our everyday lives.

He is a serious student of old master drawings, and their example is the foundation of his approach. The “East meets West” project is the first extensive work in color that he has attempted. Because John believes that he is a “draughtsman before all else”, the orientation of his work for the venture has been “graphic and tonal, rather than colorful.” That being said, his use of tonal color is emphatic and unusual, creating very strong representations.

For ideas and visual concepts he has turned to Renaissance manuscript illumination and Greco-Roman sculpture. These perceptions have lead to even more strength in his art.

Along with this prolific flow of art, John has been a part-time Professor of Art History, at primarily Mira Costa College, since 1988.